Beginners: all material is accessible

Intermediate players: move your playing to the advanced level through many technical distinctions and refinements

Brouwer's études are an opportunity to harness the power of expressive technique, to aim for increases in refinement & gradation, contrast & shape!

Practice approaches used by professional concert guitarists to develop and maintain a high level of technical facility, coordination, and control

Though the guitar possesses a rich repertoire of études, particularly from the 19th century, there was a scarcity of "modern" didactic literature going well into the 20th century.

Written in the 1970s, Leo Brouwer's Estudios Sencillos have become an absolutely critical part of every classical guitarist's education.

It can be said without exaggeration that the études of Villa-Lobos and Brouwer brought the guitar into the 20th and 21st centuries.

What makes these études valuable?

The universal acclaim that Brouwer's Estudios Sencillos have received is partly due to their compositional sophistication, and also to their efficacy as tools for the acquisition of instrumental technique.

A distinguishing feature of these études is their detailed expression markings.

Brouwer provides clear and specific directions that challenge us to develop refined and expressive techniques and nuanced interpretations.

In addition, Brouwer's harmonic and rhythmic language is significantly more complex and "modern" than much of the guitar's didactic literature, presenting opportunities for growth into the guitar's contemporary repertoire.

Guitarists have an opportunity to hone a great number of technical and musical skills while practicing Brouwer's études.

Here are some of the areas, if consciously focused upon, that will see marked improvement:

The topics above (and many other interpretive considerations) will be addressed in the Mini-Masterclasses videos in each chapter. 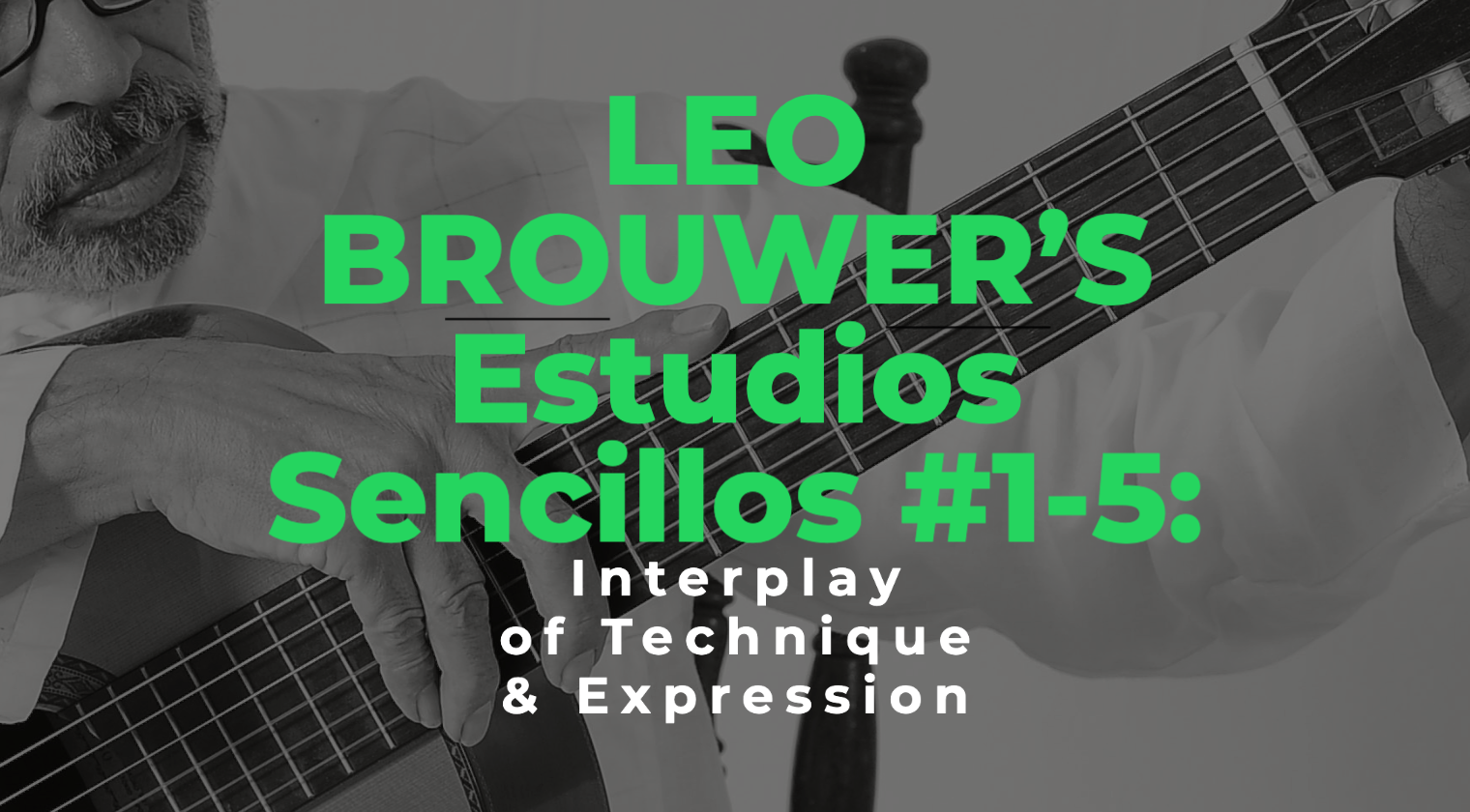